Our annual countdown of the people, music, ideas, and news that impacted the year. Added to the list: Birmingham Mountain Radio, Jacquie Gales-Webb, Jill Weindorf, and more…

In August, Kobalt’s AWAL, which works with artists that own their own copyrights, announced that hundreds of artists on its roster had earned more than $100,000 in streaming revenue. Theoretically, that would mean these artists have catalog assets worth about $1 million, if the songs are worth a 10x multiple. AWAL went on to suggest that more than 100,000 artists would be making 100k from streaming within five years. Here’s hoping.

Six local Emmy Awards, a Peabody Award, a DuPont Silver Baton, and a Gracie Award – and that was before Jacquie joined the Corporation for Public Broadcasting in 2005. A long-time friend of the Triple A NON-COMMs, Jacquie is overseeing the grants related to the Urban Alternative project. In June, the CPB promoted Jacquie to Vice President, Radio.

Jill Weindorf has made our list multiple times over the years – primarily for her ability to keep Concord punching well above its weight in terms of grabbing radio airplay – at multiple formats. In July, after 10 years with the company, Jill was named General Manager of Concord Recorded Music. 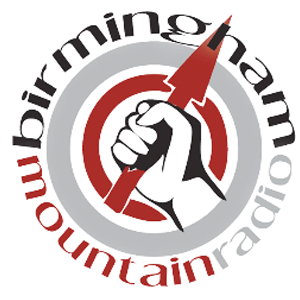 One good 10-year story deserves another. On December 13, 2010, Birmingham Mountain Radio launched as an internet stream with Jane’s Addiction’s “Mountain Song.” The station managed to make its way to the air via a 99-watt translator on a really high tower at 107.3 FM. BMR never looked back. Congrats to founders Geno Pearson, Jeff Clanton, and Jeremy Harper (and Scott Register, who brought his Coffeehouse to the party) on a great 10-year run.

Christmas couldn’t have gone worse for Nashville, but we’ll focus on the positive, such as the first launch of a major market Triple A station in waaaay too long. Nashville Public Radio’s WNXP has made a splash, and is now the third Triple A-leaning station serving the market, alongside WRLT and Middle Tennessee State’s Americana WMOT. Music City indeed.

Previous How Much Responsibility Does Radio Bear for the Capitol Riot? Cumulus Takes Action
Next The Top 22 of 2020: #12 – #10