Our annual countdown of the people, music, ideas, and news that impacted the year. In this round: Zoom, Fairplay, and not-so fair play…

With the NON-COMMvention sidelined like so many other events, the Zoom Room came to the rescue. NON-COMM Thursdays started off almost as a therapy session — “is everybody okay?” — but soon found its stride as a place where we could share ideas that ranged from simply how to keep the station on the air to best practices for fund drives. With release dates and promotion plans gone haywire, the music industry side had their share of issues as well. For labels, NON-COMM Thursdays were a chance to engage increasingly difficult-to-reach programmers, and even showcase a few new artists. 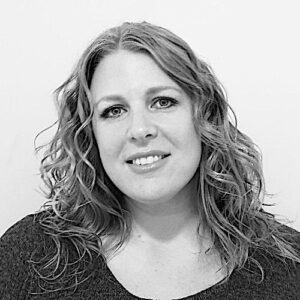 Jessica Weber’s co-sign is an independent firm for artists, labels, and brands in need of promotion, development & marketing. Long part of the NON-COMM community, co-sign is most often championing artists whose careers are either nascent or tip-toe on the fringes of traditional formats. After the murder of George Floyd, Weber took on another project – a weekly gathering of radio and music industry persons of color, and their allies, who brainstorm ways to keep conversations about racial equality and DEI alive. Ultimately adopting the name Fairplay, the group has led initiatives that include a “Say Their Names” campaign, a get-out-the-vote campaign, and one focused on the diversification of playlists. Kudos to all who take the time to participate and lend support. 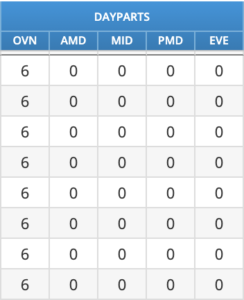 Years ago when I lived in San Francisco, I had a tiny indie label called PopMafia that ran through ADA. Microscopically small. One day, we had a nice win when we were able to get an actual add for one of our artists on KWOD – an influential Alternative Rocker in Sacramento. A couple of days later, we got a call from a representative of a Midwest-based indie promoter who told us that, unless we paid him $750, that song was gonna get dropped. Not really a fan of those who run rackets, I demurred. Not that we had the money anyway.

Poof, it was gone – and ever since, I’ve had something of a bee in my bonnet for radio racketeering and pay-for-play.

It persists. At left is an image of radio airplay for eight songs on a commercial Triple A station. I don’t want to name names, but it rhymes with The Quiver. That station has a sister with a name that rhymes with The Joint, and those exact eight songs have the exact airplay pattern. TheTop22.com’s airplay charts mitigate the effect of lunar rotations by ranking the songs by audience reach instead of spins. It’s imperfect, but it largely does the job.

The next step we’ll take is flagging songs on the charts with suspicious airplay patterns. So labels, please stop writing the checks. It rarely works, and it’s bad for everybody.