Alternative Rock Radio Most Played Songs and Artists of 2021

All Time Low takes the crown. Fewer than half of Alt’s Top 22 were even released in 2021…

Twenty One Pilots had three of the Top 22 most played songs at Alternative this year; Machine Gun Kelly had two in The Top 10.

Only nine of the Top 22 songs among Alternative’s Top 22 were released in 2021. We could argue whether or not that’s meaningful. For example, Glass Animals’ excellent 2020 release just kept churning out singles, and Clairo’s 2019 release “Sofia” could be described as a new discovery and breakthrough.

On the flipside, having just nine new songs among The Top 22 could also be seen as evidence of an increasingly fear-based format that’s well behind the audience. Instead of creating excitement, Alt is a follower that looks for streaming hits, relies on recurrents, and has an almost fanatical devotion to corporate rock.

There are other head-scratchers, such as All Time Low’s “Monsters” getting almost 40,000 more spins than the #5 most played song. Collectively, if you look at the flipside, you might see a product that seeks trouble by failing on its brand promise of “Alternative.” 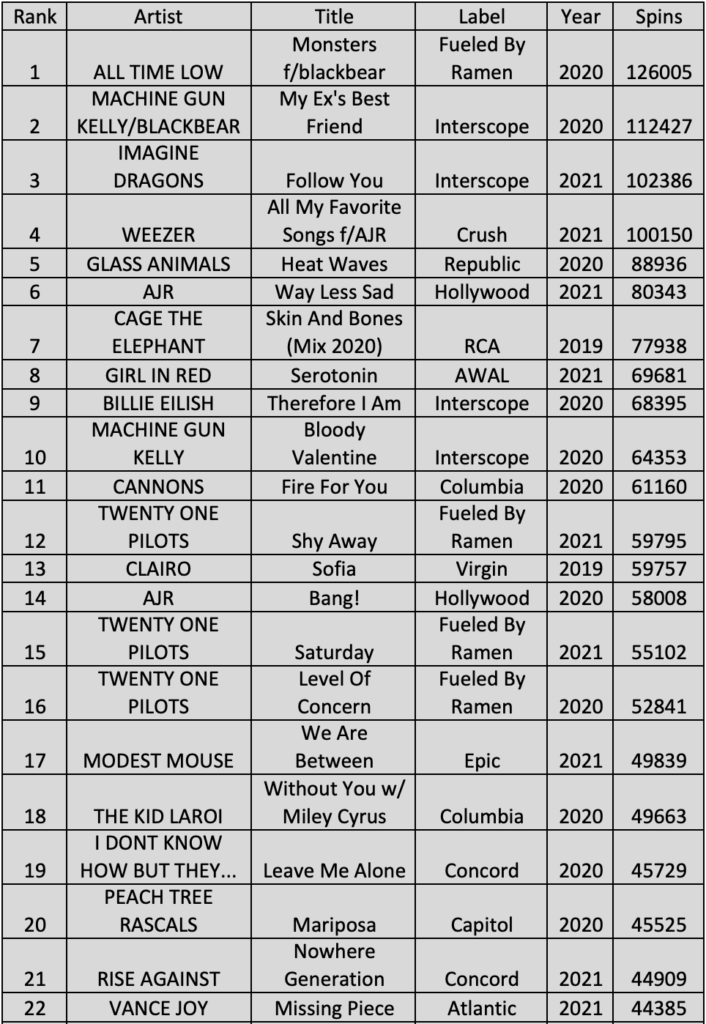 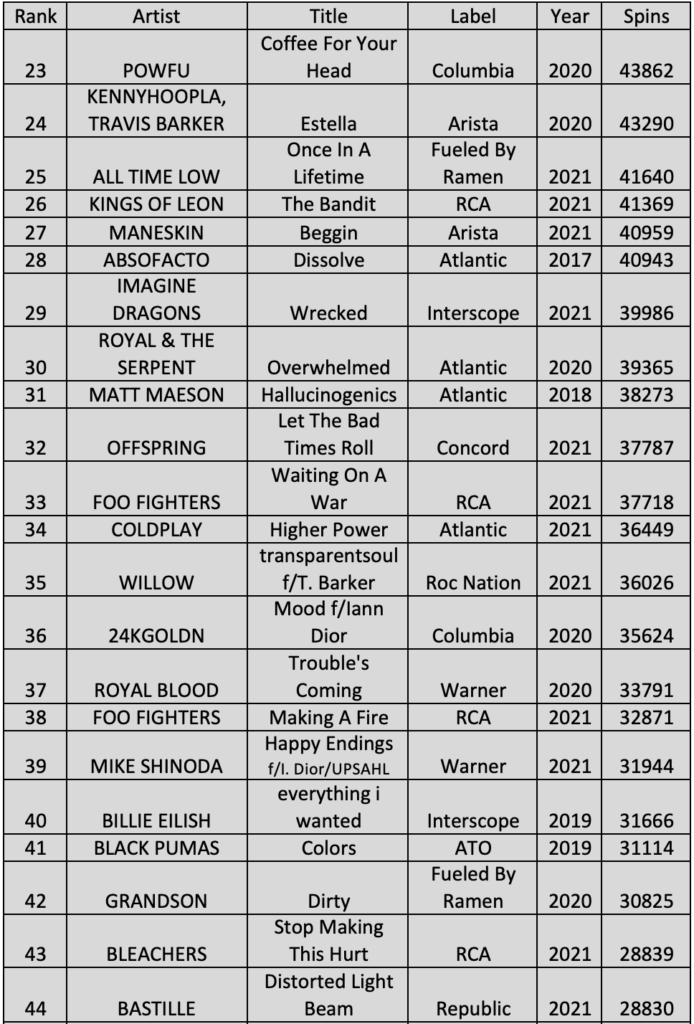 The Most Played Artists at Alternative Rock Radio in 2021 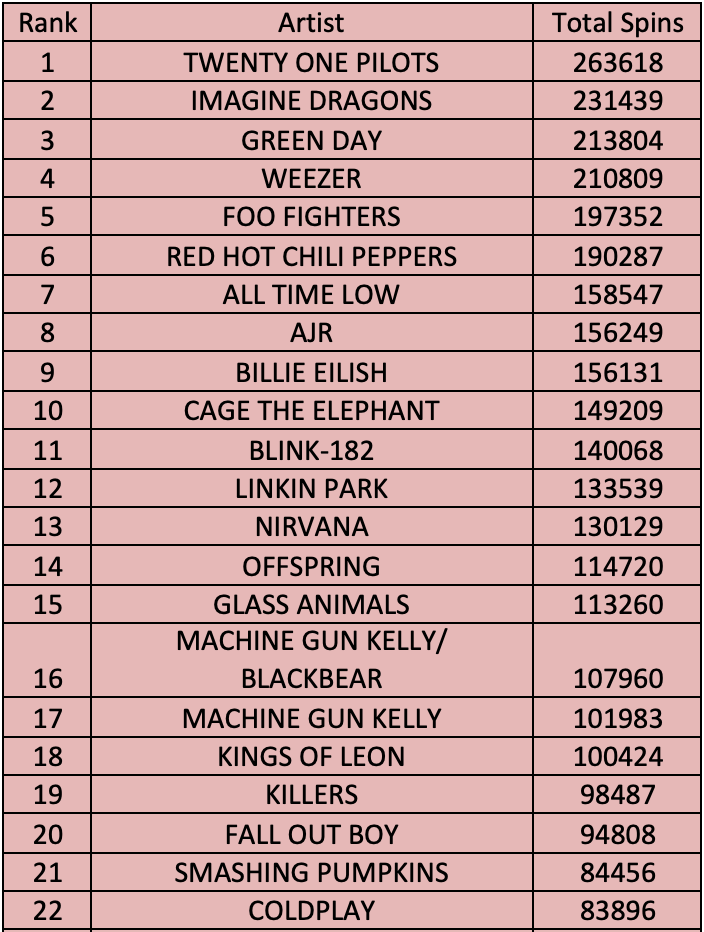 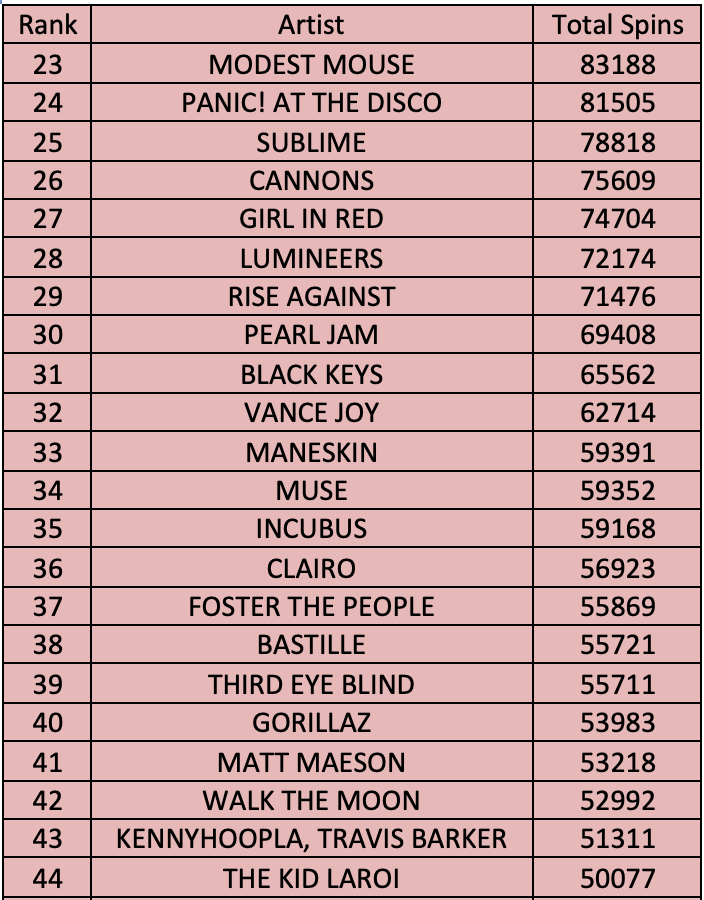