Triple A Radio Most Played Songs and Artists of 2021

Unfortunately, another year without progress for women artists…

Kings of Leon had the most played song at Triple A Radio this year, as “The Bandit” aired 2000 times more than second place finisher, Cannons. The Strokes delivered a surprise #3, with Lord Huron and Weezer wrapping up The Top 5.

Notably, despite the format talking a big game on behalf of women, and an extraordinarily strong slate of releases, only two female voices made The Top 22 — with another six in The Next 22.

The support for women was markedly better on the public radio side of the panel, but few of those stations spin songs particularly hard. Therefore, it’s tough to gauge whether they are really “breaking” artists. That said, there were definitely wins. The pop/Alt Cannons and The Marias were crossover hits, and Japanese Breakfast is a bona fide breakthrough for 2021. 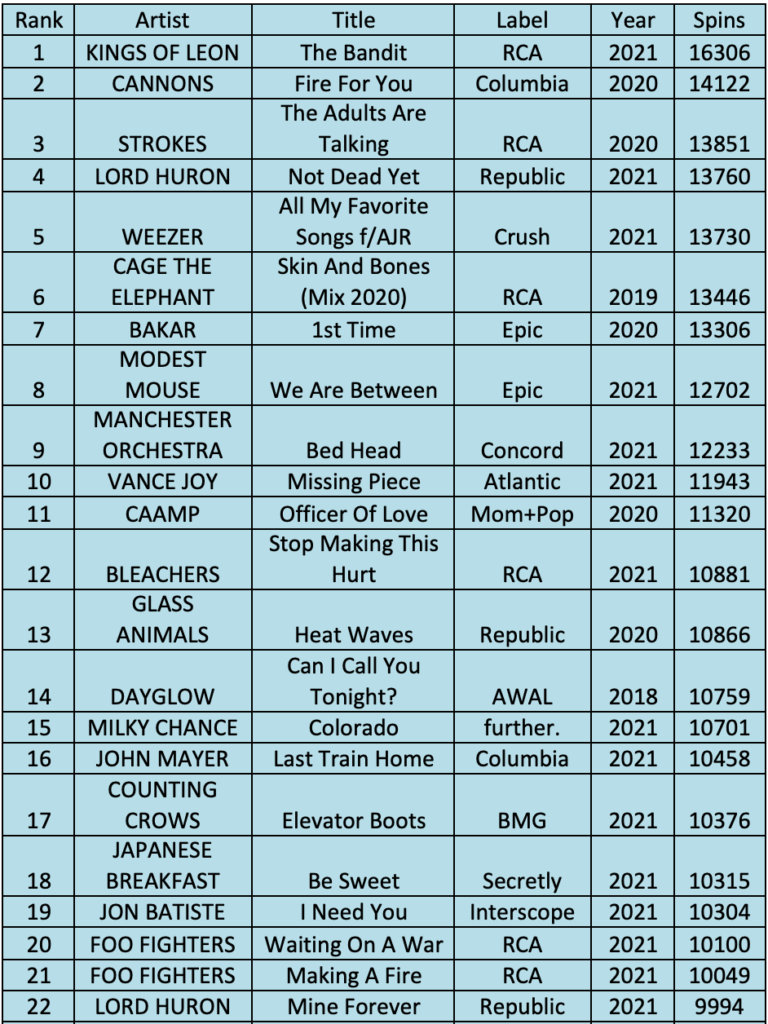 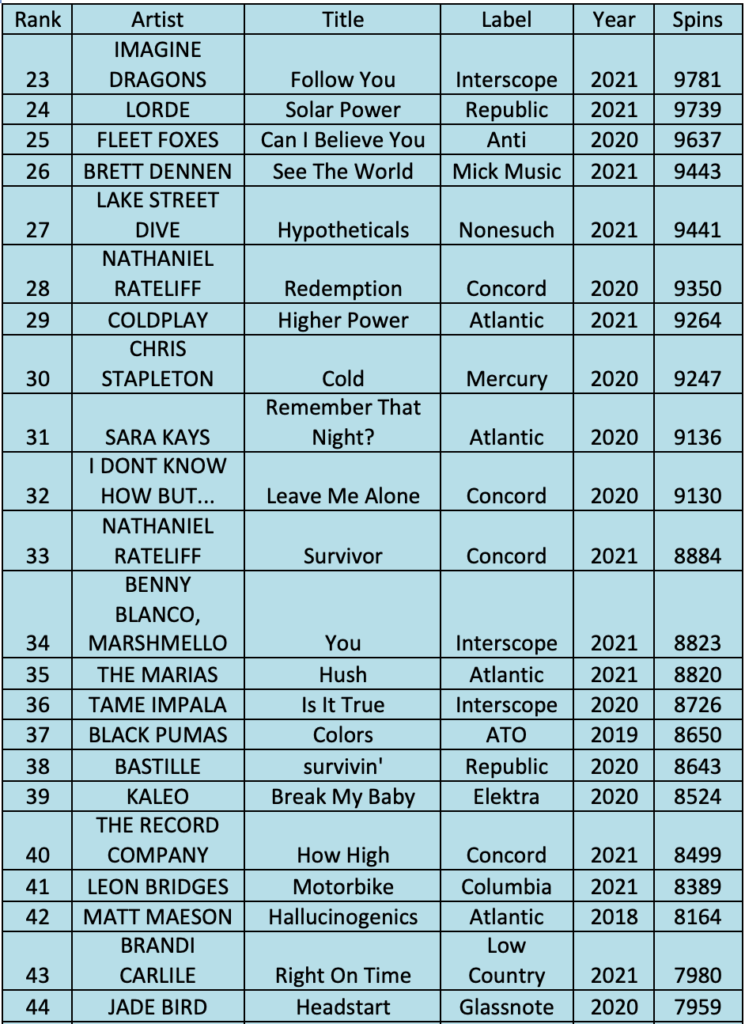 Most Played Artists of 2021 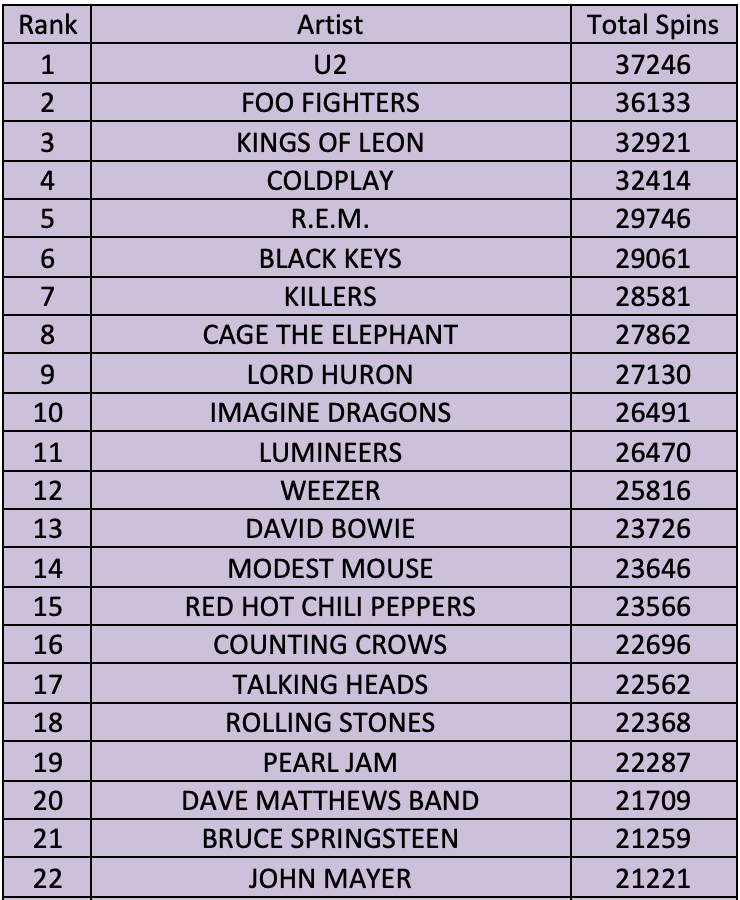 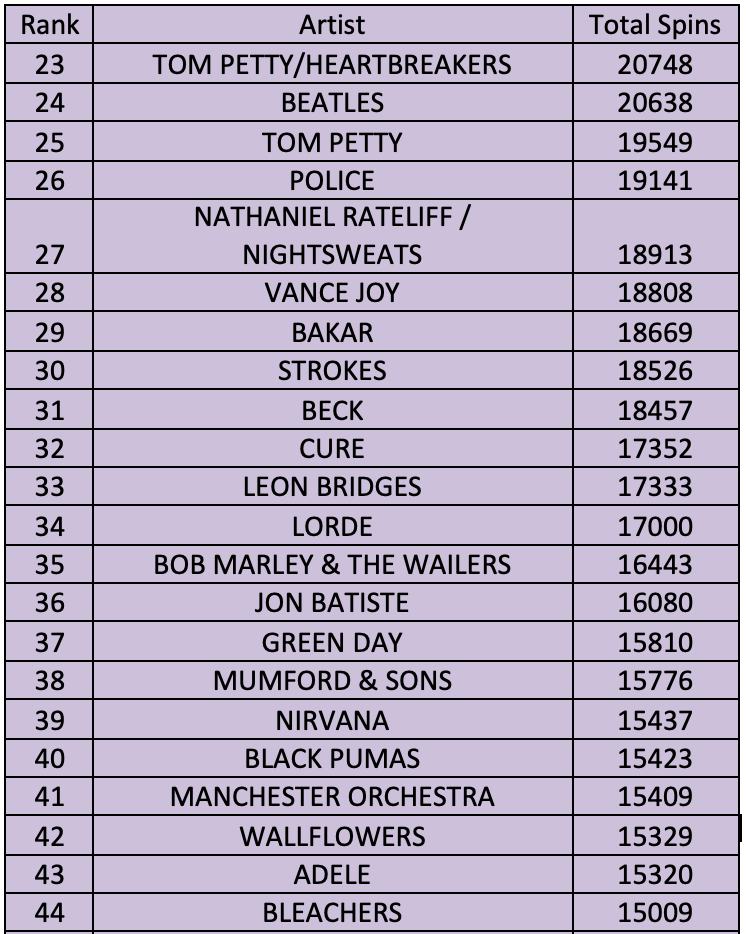