The return of vinyl albums isn’t exactly new; the format has experienced 15 consecutive years of growth. But the last two years have been notable, with vinyl hitting a tipping point – posting sales numbers high enough to drag big box retailers back into the game. 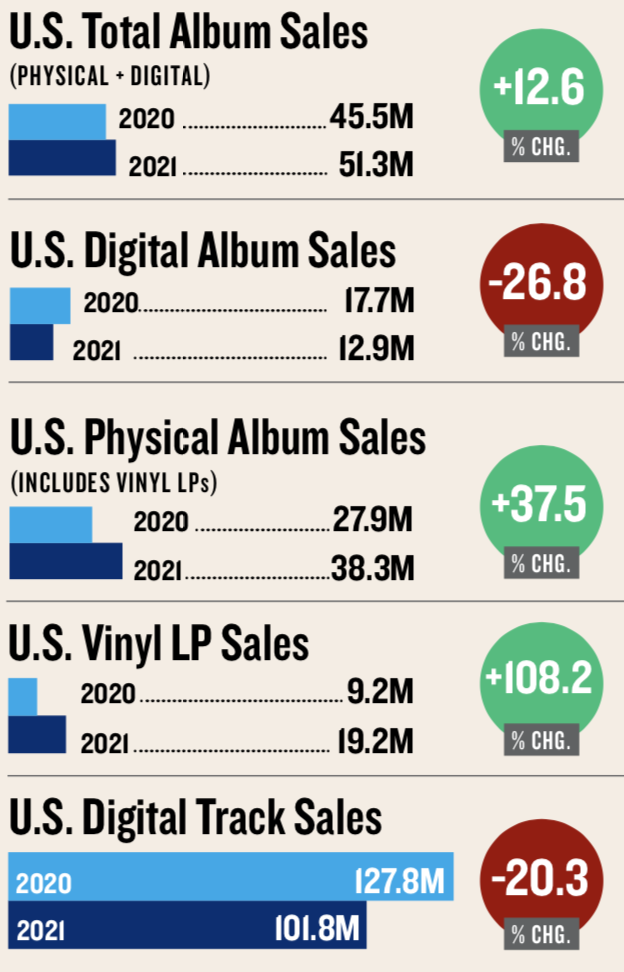 Who’s buying? Everyone, as evidenced by sales driven by releases from Ariana Grande, Billie Eilish, and Taylor Swift.

But one of the largest constituencies of buyers is rock fans, who still love physical music products.

See the breakouts below (Click on image for a larger view). 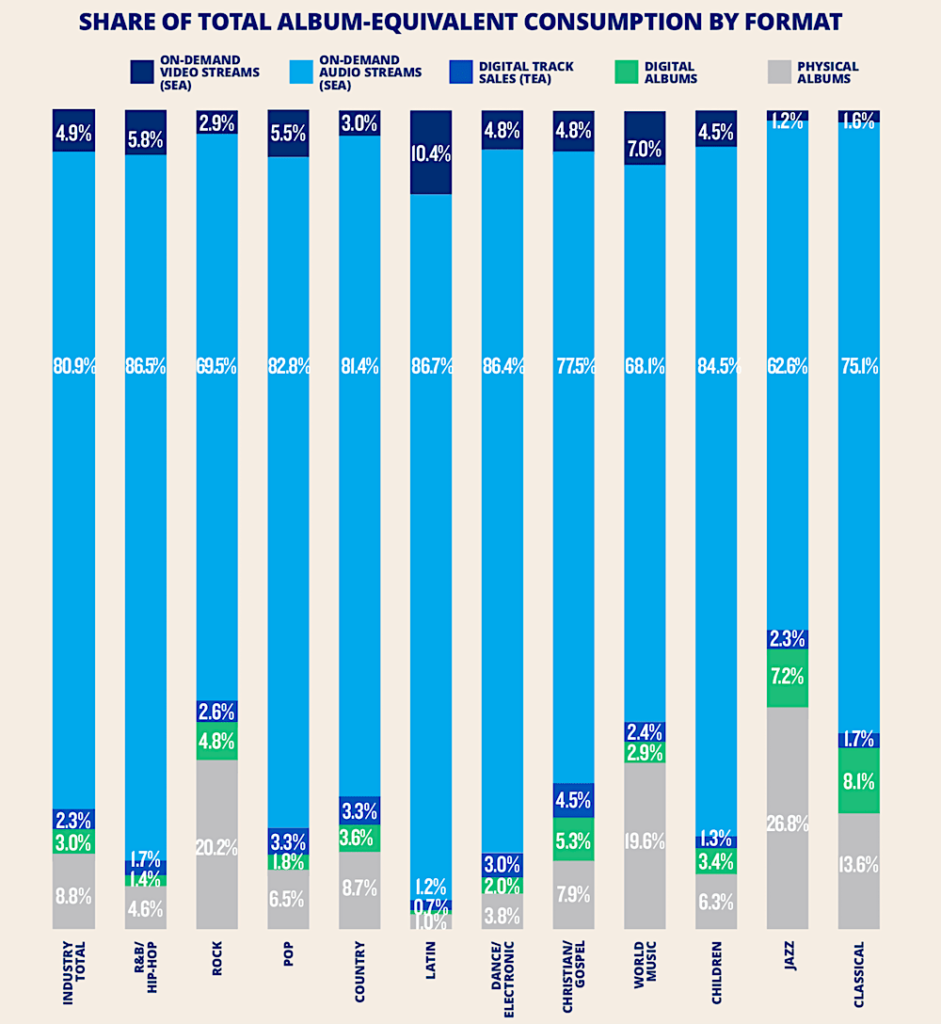 Previous The Top 22 Triple A Radio Songs 8-1-21
Next Worth Watching – McCartney/Beck, War on Drugs, Torres