Many NON-COMMs made a real effort, but Triple A as a format made no progress in 2020…

An analysis of the most played songs and artists at Triple A radio in calendar 2020 reveals no improvement for women artists at the format.

Stations don’t control the release schedule, and the pipeline was definitely disrupted in 2020. Despite that, several NON-COMMs made concerted efforts, delivering spins to lesser-known names often signed to smaller labels.

In aggregate, however, the numbers are nothing to get excited about.

Reviewing all Triple A stations monitored by Mediabase, which includes additional stations not part of the reporting panel, Noah Cyrus was the lone female representative in the Top 22. The Head and the Heart’s Charity Rose Thielen and Mt. Joy’s Jacki Miclau are the only other full-time female member of bands in The Top 22. Note that The Lumineers’ Neyla Pekarek left in 2018. 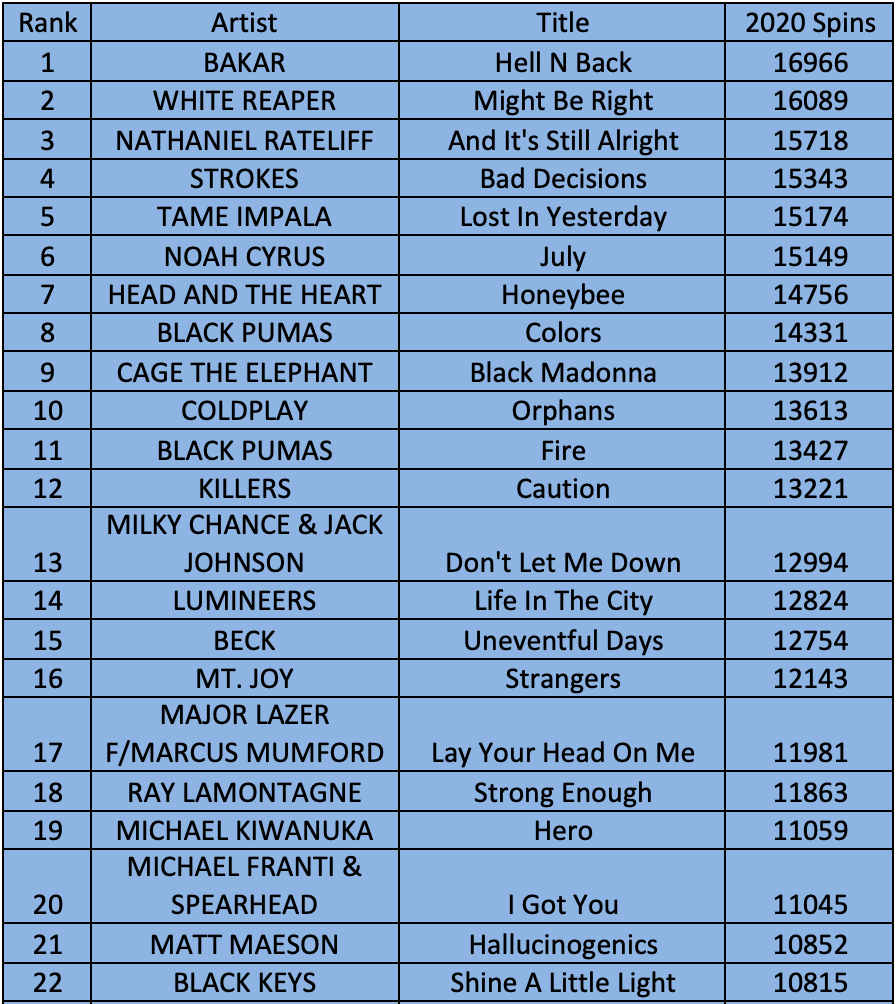 Expanding the list to the next 22, Of Monsters of Men, Maggie Rogers, The 400 Unit, The Head and the Heart, and Lana Del Rey (2) add female representation. 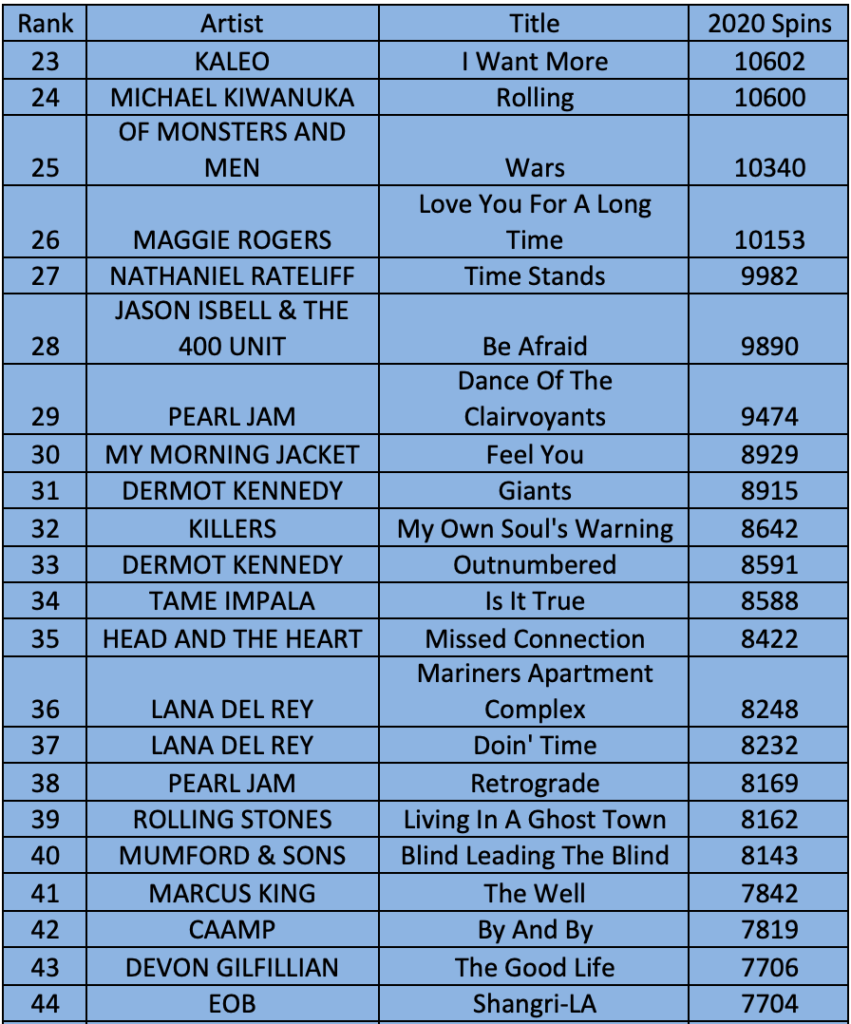 An analysis of the top played Triple A artists (which includes catalog) for 2020 shows that just 13.6% are women-led or have female band members. Again, only two make The Top 22 — The Head and the Heart and Of Monsters and Men. 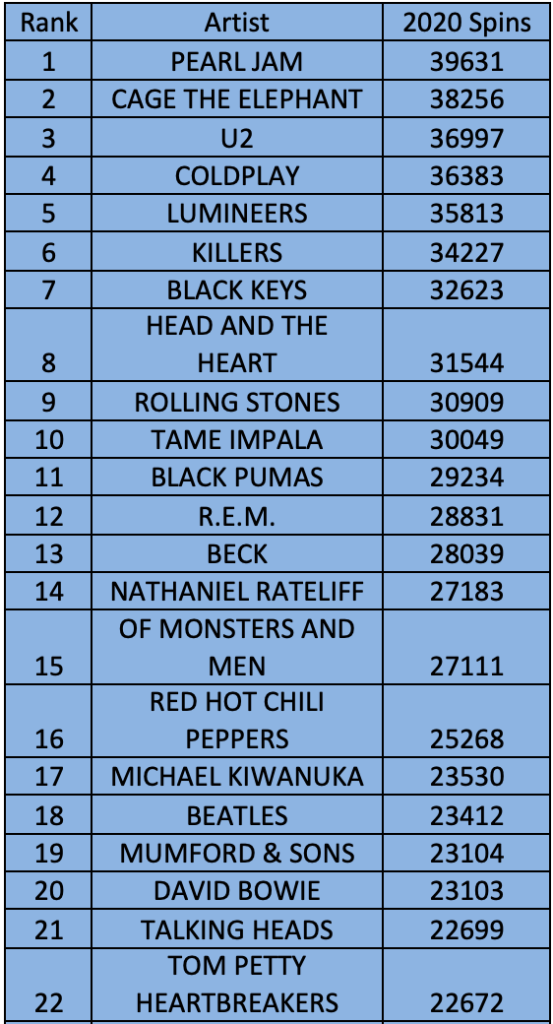 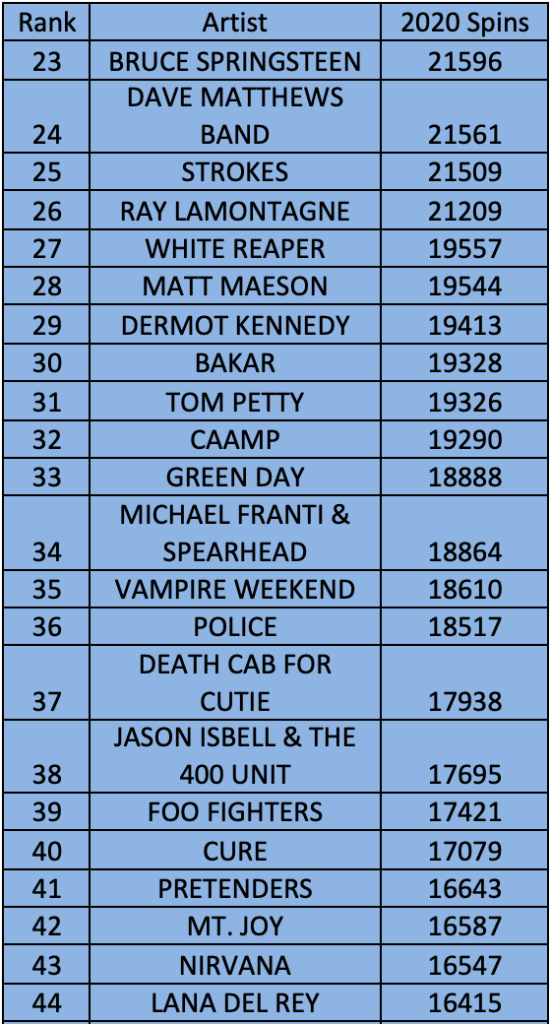 The 400 Unit, The Pretenders, Mt. Joy, and Lana Del Rey round out female representation in the Next 22.

Tags Jason Isbell and the 400 Unit Lana Del Rey Maggie Rogers Mt. Joy Noah Cyrus Of Monsters and Men The Head and the Heart The Pretenders