Our annual countdown of the people, music, ideas, and news that impacted the year, including

#2 The Current’s Relationship with Women

The discussion of gender equity in terms of airplay at Triple A Radio has been been elevated in recent years – at least among the public radio station subset. Within that debate was an argument that things could be more balanced if the pipeline was more balanced. That is to say, radio can’t control who gets signed by labels or releases new music in a given year.

2021 was nothing short of a spectacular year for new music from women artists. If your station couldn’t make headway in terms of gender balance, it’s because you have bad ears, you weren’t trying, or good ol’ fashioned bias.

With 2021’s abundance of riches, what happened at Triple A Radio? Not a lot.

When we tracked the Top 22 and Next 22 most played songs at the format, just six of those 44 songs were from women. Only Cannons and Japanese Breakfast landed in The Top 22. 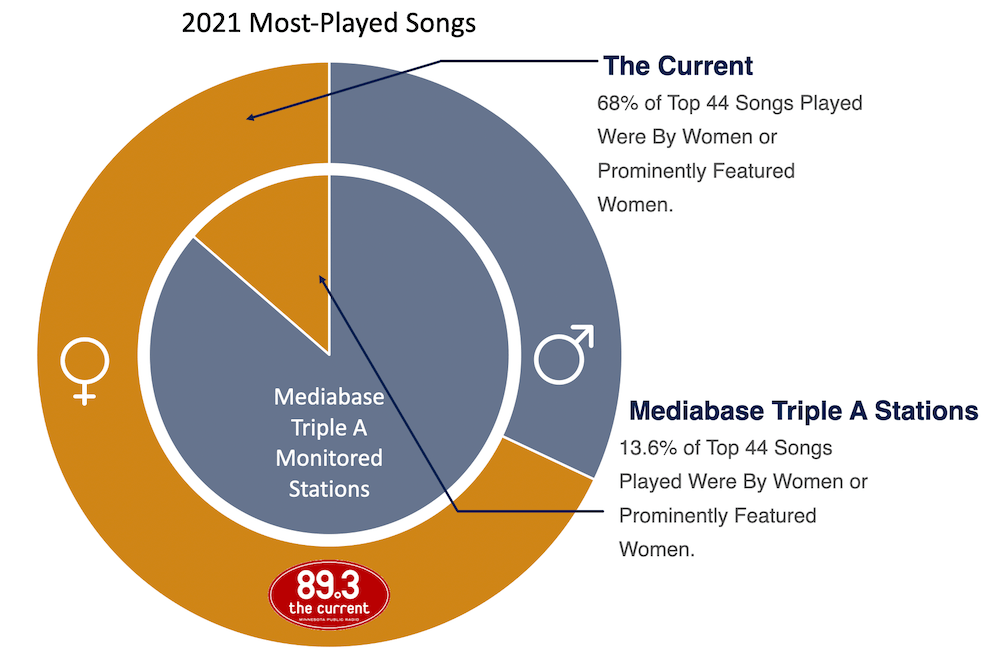 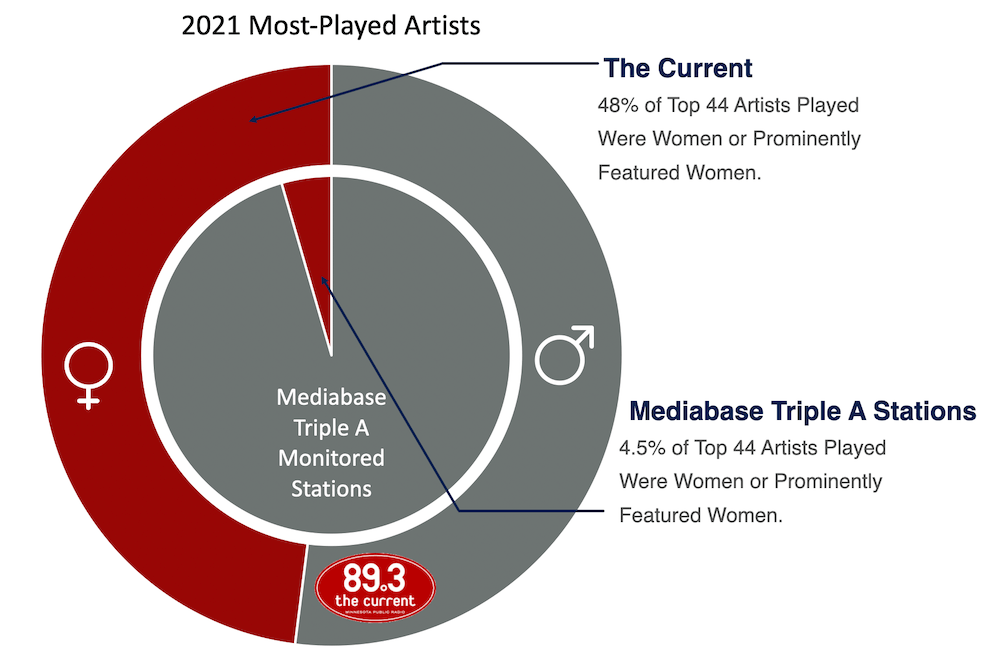 The difference between the The Current and the Triple A format is staggering – not only in terms of playlist gender composition, but also ratings. The Current recently posted a 3.3 share with a cume of more than a quarter million people.