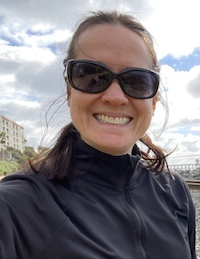 Specializing in non-commercial radio, Jennifer Daunt has been the champion of indie artists at the format for just about 20 years now.

Her reputation as a tastemaker who builds foundations for up-and-coming artists is spotless; majors and mid-majors now seek her services alongside mom and pop labels and artist managers.

At the 2021 NON-COMMvention, Jennifer was awarded the first Rita Houston Spirit of NON-COMM Award – to no one’s surprise.

Two great moves by WYEP this past year: First, Mike Sauter – a 17 year station veteran – was elevated to Vice President of Broadcasting. The position includes duties at NPR sister-station WESA.

Liz Felix was a huge pickup by WYEP in 2019. With call letters including WNKU/Cincinnati, WAPS/Akron, and KBXR/Columbia, Missouri on her resume, Felix was a natural choice to move into the role of Program Director.

COVID schmovid. While most stations remained in retreat, 88Nine Radio Milwaukee was in full pivot mode.

In February, Program Director Jordan Lee was upped to Station Manager, with morning show host Dori Zori moving up to Program Director — yet another woman grabbing the reins in a major market. Meanwhile, tastemaker Tarik Moody landed WXPN as an affiliate for his syndicated Rhythm Lab Radio.

On top of the programming moves, the station announced a $770,000 renovation to its building that will include a “sound café” creative space, called Deadwax. Opening is planned for this year.

Lisa had a pretty solid year at the format. She again locked up Adele at Triple A, helping make “Easy On Me” the most-added song in radio history (yes, that’s actually true.) She managed to deliver John Mayer his best numbers at the format in years. When Leon Bridges took a step toward R&B, she was still able to hold Triple A together. She also broke Cannons.

There’s more: Lisa also helms Columbia’s Alternative and Active Rock efforts. At Alternative, she moved the label from #7 to #5 in terms of share of airplay. At Active Rock, she moved Columbia into the Top 5 as well — the label wasn’t even in the Top 20 the previous year.

I’m puzzled at how rarely I hear radio stations talk about audience and ratings goals.

When we spoke to KUTX/Austin Program Director Matt Reilly in April, he had the highest rated radio station in the format. At the time, KUTX had a 4.6 share with a cume of just north of 90,000. Reilly wasn’t satisfied, setting a goal of cuming 10% of the market – about double his audience at the time.