The More People Know About Streaming Economics, The Worse it Looks For Labels

The U.K. Parliament is looking for “a complete reset” while more stories bleed into the consumer press…

It’s no secret that streaming has turned out to be a really bad deal for artists. Or perhaps it is a secret.

For years we’ve seen articles in the music press that chronicle the collapse of artists’ revenue streams, as physical and digital sales wane in favor of streaming consumption.

Only recently, it seems, has this story has started showing up in the consumer press – and the more it does, the more likely that the status quo might change.

Last week, the BBC reported on the UK Parliament’s six-month inquiry into streaming royalties. Their findings? Artists are getting hosed.

Graphics like this one from the BBC make it easy for streaming subscribers to understand who’s getting what: 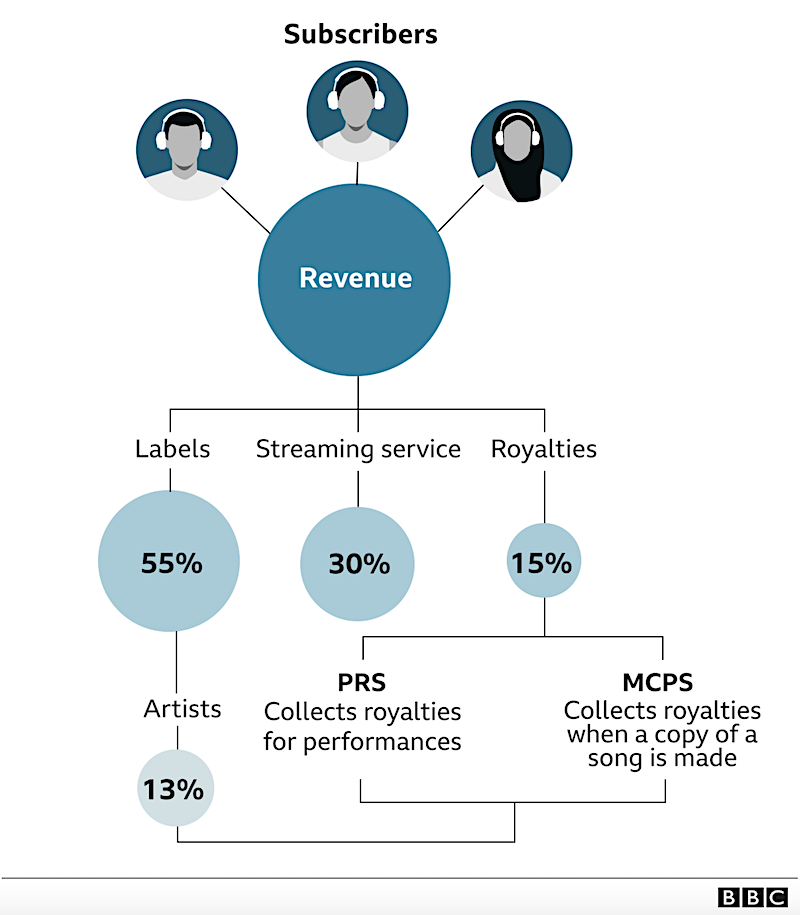 In June, Trevor Noah created an 11-minute explainer video along the same theme, going so far as to enlist Aloe Blacc, who was paid just $4000 for a #1 song by the largest streamer, to sing about the need for change.

While there’s almost no chance that the revenue splits will change in the U.S., streamers could adjust to more accurately distribute payouts.

Still, some more significant change is likely on the horizon.

Said U.K. MP Julian Knight, “While streaming has brought significant profits to the recorded music industry, the talent behind it – performers, songwriters and composers – are losing out. Only a complete reset of streaming that enshrines in law their rights to a fair share of the earnings will do.”