The numbers are fantastic, and will hopefully lead to better pay for the artists…

The key takeaway is this: The recorded music industry appears to be virtually recession-proof. This will be the story touted by streamers and labels alike, as the latter debut initial public offerings. It’s a dream scenario for companies looking to sell stock.

It’s also a potential dream scenario for artists who have lawmakers’ ears around the world, making an increasingly strong case that they’re unfairly compensated. (And we all know they are.)

While the gains were expected in streaming, there was also a bounce-back in physical sales revenue, which may be surprising due to trouble continued at retail, a constricted content pipeline, and insufficient vinyl production capacity.

The Lumineers and Girl in Red are new additions 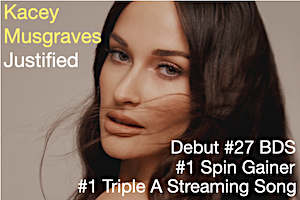