OK, maybe not morally superior, but it arguably gives a more accurate picture of Triple A…

The small sample size of the Triple A Radio panel make it easily gamed by independent promoters who pay tiny radio stations for overnight airplay.

Eliminating small stations from the panel is an easy solution, but if we’re looking at charts for some measure of consensus, there are great sets of ears in small markets — and we want to hear their take on new music.

In an effort to be inclusive, blunt the effects of payola, and get closer to reality, we’ve taken the following steps at TheTop22.com:

The images below show TheTop22.com panel (added stations in green), and this week’s Triple A Chart, with examples of song out-performing their spin count circled. Songs racking up spins in the overnight can usually be spotted falling back into “The Next 22.” 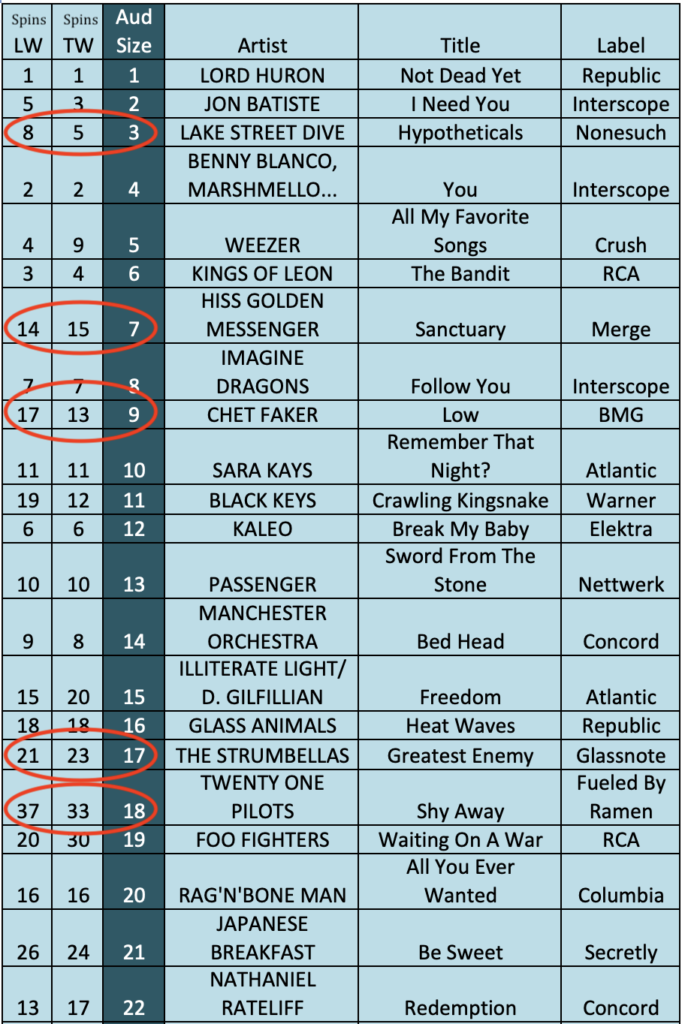 It’s not perfect. For example, while SiriusXM’s Spectrum is a respected member of the panel, it only has partial influence on the chart because it does not report audience figures. On the other side of the equation, KEXP and KCRW may not spin songs very often, but when they do, the spins reach ears.

By negating the influence of worthless overnight spins heard by no one, the chart overcomes its deficiencies, resulting in a truer picture of how songs are truly performing at Triple A.

Previous Are You Ready for NON-COMM? Plus, A Salute To Rita
Next Virtual NON-COMMvention Kicks Off 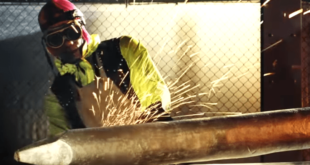 Yves is a rock star, and Amy Ray’s new song and video is an homage …