Live Music Forecast for 2021: A Revenue Return for Radio?

Erik Selz of Arrival Artists gives us a sense of the state of the live music, and what it means for your station…

The same week that organizers postponed Coachella and Stagecoach to 2022, Outside Lands proclaims “we’re on!” for late October.

New York announces that entertainment venues can open at 33% capacity and baseball games can have roughly 10,000 fans. And then there’s the Miami Beach fiasco.

Needless to say, there’s a lot of competing information out there.

With live entertainment being such a major part of radio revenue streams, especially at NON-COMM (public radio), getting a grip on the situation might help financial planning.

We spoke to Erik Selz, an agent at independent booking agency Arrival Artists. Among those on Arrival’s extensive roster are Triple A mainstays like Andrew Bird, Calexico, Neko Case, and newer breakthrough artists such as Khruangbin.

The Top 22: We’re now getting new guidance for venue capacities. How has this news been welcomed throughout the booking, management, and artist communities? Can you work with it?

Selz: I think the short answer is: restrictions vary from market to market, and the interest in performing in reduced capacity, COVID safe, socially distanced configurations is wholly embraced by some artists, and not at all by others.  It’s our job to thoroughly vet opportunities, ensure that promoters are adhering to CDC guidelines and then some, and once those boxes are checked, present to management.  I would say that about half of these offers I’m presenting to my artists are being accepted, while others are content to wait until full capacity shows are once again permitted.

The Top 22: In 2020, there were experiments with low capacity, socially distanced shows. They worked because there was a premium people would pay due to pent up demand – can we continue to expect a higher ticket price ceiling, and what’s the sweet spot?

Selz: Given the dearth of live music in general last summer and fall, and bearing in mind that most of these COVID safe shows carry substantial cost to produce and can only play to a fraction of normal capacity, many artists had to charge 2-3x normal ticket prices.  This spring & summer, we’re seeing that more artists have embraced this reduced capacity model, and are also sensing that, given the ramp-up in vaccine distribution, some fans may simply decide to wait until “normal” shows return.  While our COVID safe shows in May and June are selling quite well, that model feels increasingly risky as conventional shows appear on the horizon.

Selz: That question is being answered as we speak, and the response is predictably mixed.  Outside Lands announced for Halloween weekend, and Coachella punted on 2021 altogether, focusing instead on their normal window in April 2022.  Those are just two examples, but the refrain remains the same: certain major festivals have adjusted dates and will try to pull off an event late summer/early fall, and others have elected to cancel this year’s installment and reboot in 2022.

The Top 22: Major League Baseball could be looking at stadiums with 10,000 fans — would that scenario work for music, or is it too weird to be socially distanced for a live show in a huge venue? Would the money even work considering the rental and configuring of the space?

Selz: When you’re four-walling what’s otherwise an empty field, and having to bring in power, staging, sound, lights, security, fencing, etc., correct, those costs are so high that playing at any significantly reduced capacity is simply untenable financially.

The Top 22: One of public radio’s three major underwriting streams is entertainment, including concerts. Obviously, they’ve gotten clobbered. If underwriting teams were trying to forecast a return of this revenue this year, should they expect a trickle, a dribble, a firehose, or something in-between? Is it possible that these shows will be so small that they won’t need much marketing support to sell out?

Selz: I hope you’ll see something approaching a firehose late this year. While I personally have moved the majority of my artists’ North American tours into 2022, I still have at least a half dozen slated for this fall. We are currently full blast into booking 2022, as busy as ever.

The earlier part of this year and most of last year provided a tremendous opportunity to pause, reflect, and learn from our collective experiences. Building ARRIVAL with my partners has been exhilarating, and having the bandwidth to lean in hard to A&R immensely satisfying.  We’ve got Genesis Owusu, Trousdale, Madison Cunningham, Grace Cummings, Denai Moore, Hello Forever all coming in late ’21 and ’22! 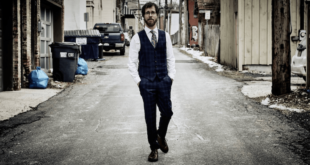