Details regarding the first (and hopefully last!) Virtual NON-COMMvention are beginning to trickle in from the WXPN bunker.

Dan Reed and the team are excited to announce that rockers Bartees Strange and Tamar Aphek will perform at the event.

Born in England, raised outside of Oklahoma City, and now based in DC, Strange (aka Bartees Leon Cox, Jr.) has been turning heads in the past year with a track called “Boomer,” and is now poised to go bigger with follow up, “Mustang.”

Tamar Aphek, referred in her local press as “Israel’s guitar goddess,” will showcase her three-piece band at NON-COMM as well. Many more artists are yet to be announced.

The Triple A Community will convene virtually May 5 – 7, for all the NON-COMM essentials: Great new music, discussions of current industry issues, and catching up with peers.

The schedule is not yet final, but expect to start at 12 noon EST and go until roughly 9 p.m. EST on Wednesday and Thursday. On Friday, May 7, NON-COMMventioneers will convene at 12 noon EST for a final music session and closing.

Mark you calendars and stay tuned. 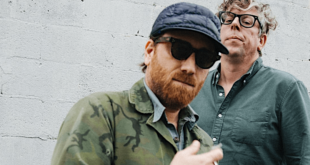