If you can keep anything going for 25 years, be it a public radio station, independent commercial station, indie label, or a marriage, you deserve a trophy. So kudos are in order to all involved at WPFK/Louisville, KBAC/Santa Fe, and Bloomington, Indiana’s Jagjaguwar label, which is currently on the Triple A Chart with Big Red Machine.

Grand Rapids to Atlanta to Denver – with maybe a stop in between somewhere – veteran radio talent Margot Chobanian has been a tastemaker in Northern Colorado as Music Director of 105.5 The Colorado Sound. With the departure of Benji McPhail, Margot is one of several women in major markets to finally get the nod as Program Director.

Make no mistake, working heritage artists to a group of finicky Triple A programmers can be a considerable challenge. However, artists that previously may have been considered to have “aged out” (or lost their coolness factor) got a second look in 2021 as “comfort food” for a beleaguered audience. Nick took several strong tracks from veteran artists such as Counting Crows, Billy Idol, and Garbage, and placed them in The Top 22. Currently, he’s got the first new music from Band of Horses in five years sitting at #1!

In this business, it’s a dream to not only go out on your own terms, but at the top of your game. KEXP Executive Director Tom Mara is nothing short of a public service media genius, having guided KEXP to its current state as an audio and video tastemaking powerhouse. Tom moves on with the station posting among the highest ratings in the format, and at a station all-time high in weekly audience.

Also exiting on his own terms is 28 year proponent of Triple A, John Schoenberger. John leaves All Access after 11 years as the format editor, and a previous run at Radio and Records, where he hosted the annual Boulder Triple A Conference. John also wrote for The Album Network and had a great career on the label side with ABC, Arista, MCA, and Relativity. Worth noting, John’s handpicked replacement is a longtime friend of the format, Lynn McDonnell. 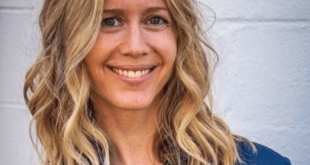