Our annual countdown of the people, music, ideas, and news that impacted the year. It was a rough year, so with very few exceptions, we’ll focus on kudos – starting on the label side…

It was a very good year for Tame Impala at radio. It makes our list because this project wasn’t one of those “throw it up against the wall and see if it sticks” stories. The Tame Impala story is old school — methodical artist development for the long game. And that’s increasingly rare. From Jason Bentley spins as far back as 2013, to multiple #1s at Triple A in 2020, it finally all came together. A mid-year #1 surge with “Lost in Yesterday” made it the 5th most played song at Triple A, and the 7th most played song at Alternative for 2020. Add a late-year #1 with “Is it True,” and kudos are in order for James Evans and the Interscope team.

If you want to get a sense of the difference between the NON-COMM side of Triple A and the commercial side, Phoebe Bridgers provides something of a litmus test. Public Radio, late night television, and the press swooned while commercial radio struggled to get their collective arms around her. While we thought “I See You/ICU” may have stood a better chance at radio as a single, “Kyoto” made a heck of a run in July, August, and September. Kudos to Bri Aab and the support she got from indie Jennifer Daunt. Bridgers now has her own label through Dead Oceans, and the first signing, Claud, is already buzzing. We remain bullish that commercial radio will eventually get the memo.

In hindsight, it’s almost hard to remember how crazy an idea it was to take Noah Cyrus to radio’s most prickly format. “July” was simply a great Sheryl Crow-sounding song from an artist who undeservedly came with a branding problem. Teaming her with Leon Bridges, an artist struggling to cross over from the boutique that is Triple A, was an A&R stroke of genius. “July” was the most-played song on KBCO/Boulder, KCSN/Los Angeles, and WXRV/Boston in 2020. Overall, it was the 6th most-played song at Triple A.

Bakar’s “Hell N Back” was the #1 most played song at Triple A Radio this year, with 16,966 spins. Credit Charlie Foster and his team for realizing what they had in April and May to bring the track home – and set up a strong follow up in “1st Time.” Also needing recognition is the work of independent promoter Trina Tombrink, who was talking this up very early. Without her set-up, this probably goes nowhere. 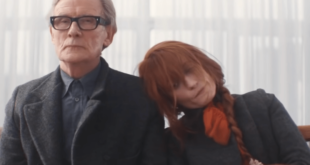