Radio Audiences Are Churning; How Are You Addressing It?

I’m about to become a P1 at two different radio stations that I have not listened to since September.

That change will directly affect a couple of my current mainstay listening destinations as I spend significantly less time with them. What did they do to deserve this?

Nothing they did drove me away, but by doing nothing, they’ll be unable to keep me.

This is audience churn.

In New York, two radio stations just made their product much more attractive to me — 101.9 FM The Fan and WCBS 880. They are home to the New York Yankees and New York Mets, respectively. I’ve followed the Yankees on radio since arriving in New York, and now a vastly improved Mets has me listening to WCBS as well.

Millions of baseball fans across the country are making similar moves, siphoning listening hours away from a multitude of (especially) male-targeted radio stations.

This audience churn in radio has occurred for so long that few even think of it anymore.

However, ignoring churn can be devastating to your radio station, especially if you’re one of many that have not quite recovered to pre-pandemic listening levels.

Churn is a nightmare for TV streaming companies. How many times have you cancelled a service in favor of another, only to return to say, HBO Max, when hit shows started buzzing again? The cost of replacing audience losses and wooing back lapsed customers is extraordinarily expensive – as much as $80 million a month on the TV side.

The smaller streamers without Game of Thrones-level content are especially jeopardized by churn. How do they combat it? In part, with fresh and better content. And heavy marketing of that better content.

We’ve all heard about the billions of dollars Netflix spends every year making shows. But few realize they also spend about $2 billion marketing that stuff.

It’s not just things like baseball that create churn in radio audiences. The news cycle and even weather can be a factor. Combine baseball, a Russian invasion of Ukraine, and simply pent-up demand for travel, and we’re about to see significant audience churn reflected in ratings.

Unfortunately, unlike Netflix, Disney, or HBO Max, there is precious little in the product pipeline of my preferred music radio stations. In fact there’s nothing in the pipeline.

The product is still pretty good, but will they market to keep my attention? No, they will not. As I’ve mentioned before, in public radio circles, marketing is anathema as many feel it is improper to use donor money on promotion (alternately known as customer acquisition).

Public radio is particularly vulnerable at the moment as it is still leaking audience from the pandemic.

The public radio product pipeline is so empty that some news stations started picking up a Vox Media podcast, Today Explained, to freshen their schedules. The move alarmed many within the system, but what else should concerned programmers do when the public media system is asleep at the wheel?

While The Fan and WCBS add superstars in the form of the Yankees and Mets, public radio management embraces a self-imposed rule against star power. It’s incredibly counterproductive, allowing public radio-friendly superstars such as John Oliver, John Stewart, Trevor Noah and their many available talented-but-less-famous peers make it in other mediums such as TV or podcasts.

I’ve spoken to some radio pros about this. Most agree, but some think that the audiences will somehow magically return. I’m not a huge fan of magical thinking.

Until the product mentality changes, many radio stations can expect their audiences to resemble a leaky bucket, with just a little more water escaping than is replaced. It may go unnoticed from year-to-year, but keep this up for the next three years, and that bucket is going to be empty.

Photo by Megan Ellis on Unsplash 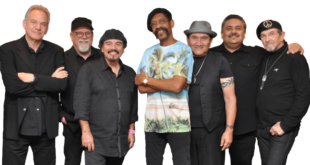