The positive is that there’s a lot more money being paid out, but is it just small sums to a larger group?

Recently released Spotify payout numbers for 2021 give us many reasons to be cheerful.

Last year the streamer paid out more than $7 billion to rights holders, up from the more than $5 billion paid in 2021.

So who’s getting paid? Is it the same sliver of artists as in previous years? Frankly, yes.

But in the data, Spotify adds some perspective by attempting to define the difference between what they call “professional or professionally aspiring” artists, and everyone else. Turns out, there’s a lot of everyone else.

Of the 8 million artists on Spotify, just 200,000 have uploaded more than ten songs or have 10,000 monthly listeners. So yes, there are a lot of amateurs and hobbyists uploading to Spotify. Weeding out the rather considerable group who really do not expect to get paid goes a long way toward a reality check. It’s a bit harsh, but think of it this way: not everyone with an iPhone should be considered a photographer.

But $10k is not a fabulous number, so let’s raise it to $50k – a number that, when combined with payouts from other streamers and revenue sources, starts looking like a reasonable living.

It’s a bit difficult to decide how to feel about this. On one hand, it seems like there’s progress being made — there’s unquestionably money getting into the hands of more artists. But the tiny fractions paid per stream may be just be creating a larger group of “lower economic class” musicians as opposed to growing the middle class, and better yet, moving more artists to the upper class. 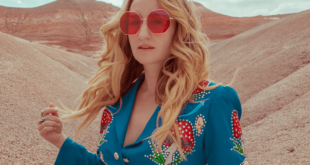