Jim McGuinn Segues Back to Philadelphia; APD at XPN

The WDRE, Y100, and XPN veteran returns to his radio home of nearly 15 years…

He returns to the station after 13 years serving as Program Director at KCMP/The Current, Minneapolis-St. Paul.

It’s a strong move for WXPN, which has never been shy about adding the best talent available, whether that be air talent or behind the scenes.

McGuinn has logged significant time in The City of Brotherly Love, starting in 1995 with a stint at Alternative WDRE and later WPLY/Y100. When Y100 went bust, McGuinn kept it alive as an online play, later joining forces with WXPN to offer “Y-Rock” as an HD2 and streaming channel. He left in 2009 to join The Current.

“My time at WXPN launched me into the non-comm radio world, and I took those fundamentals with me to help grow The Current,” said McGuinn. “It’s rare to get the opportunity to return to a place that’s as innovative and beloved nationally as WXPN. Coming back every year for the NON-COMMvention and encountering that warm embrace from the family made up of the XPN staff, volunteers, and listeners felt like coming home. Now it’s full circle…”

His first day is September 12. 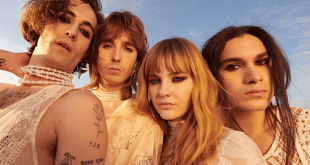