On Saturday, I played in a charity softball tournament — an ALS fundraiser.

While we were readying for our first game, a team made up of firefighters was warming up beside us. Their conversations were troubling – focused on how they were going to avoid getting vaccinated. The reasons were purely political, referring derisively to one of their superiors, who seemed to be pressuring them,  as “a big Dem.”

It’s sadly ironic that a group of people whose job descriptions are focused on public service, participating in an ALS fundraiser, would be so adamantly opposed to the COVID vaccination – but their minds seemed to be made up.

This incident, combined with the cancellation of the 2021 New Orleans Jazz & Heritage Festival, served as a blunt reminder that radio’s recovery remains frail.

Many radio stations have welcomed a surge in concert and entertainment-based advertising. However, the Delta variant is a deep threat to this revenue stream.

The verdict is still out whether Lollapalooza, with 385,000 vaxxed attendees, would become a super-spreader event. This would be the week when the major spikes would occur.

Still, on the first day of the event, July 29, Illinois posted 1655 new cases. Five days later the count was up to 2976 new cases; the seven-day average moving from 1553 before the event to 2437 after. It’s very hard to suggest this increase was Lollapalooza related.

Today, however, Illinois reported 7858 cases – five times the pre-Lollapalooza number. The state has asked all attendees to get tested in an effort to track the success — or failure — of the event.

Live Nation is attempting some social engineering, encouraging artists to require all attendees to be fully vaccinated. Amazingly, however, this is only allowed in 30 states — 20 have enacted laws that prevent requirements to show proof of vaccination.

Beyond the threat to concert and entertainment revenue, the Delta variant and anti-vaxxers are combining to slow radio’s recovery in another way — by delaying the return to the office.

Just a few weeks ago, the working assumption was that September was the target for at least partial returns. Recent Nielsen data has shown that time spent with radio remains about 10% down from pre-pandemic levels.The back-to-the-office trend would undoubtedly help radio recover in-car/commute listening as well as some at-work listening.

Many major employers, including Wells Fargo, have bumped office return plans to October. Amazon and Lyft corporate employee return has been bumped into next year.

Certainly more will follow, putting a drag on recovery.

The voluntary vaccination phase is over, and making vaccines mandatory appears untenable. Only social engineering — a carrot and stick approach — can move the nation toward the 90% vaccination rate now needed to achieve Delta herd immunity. 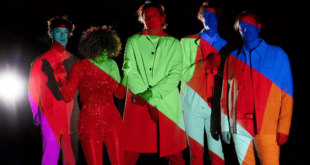 Florence + the Machine still at top of the chart; Arcade Fire is #1 in …