Longtime Triple A programmer Liz Felix has been elevated to Program Director at Pittsburgh NON-COMM 91.3 WYEP.

With call letters including WNKU/Cincinnati, WAPS/Akron, and KBXR/Columbia, Missouri on her resume, Felix has been a well-known quantity within the Triple A Radio community for nearly two decades.

WYEP picked up the versatile Felix when she was something of a free agent in 2019 and placed her in the evening slot. She had been working with the syndicated short BirdNote after WNKU was sold to a religious broadcaster in 2017.

Said Felix, “I’m beyond excited to take the programming helm at a station that has been such a vital part of the Pittsburgh community for 47 years. I look forward to building on WYEP’s tradition of connecting listeners with great music, particularly new artists and artists who live and make music here in Pittsburgh,” she continued.

In making the move, Station Manager Mike Sauter added, “It’s very exciting to have someone as knowledgeable and talented as Liz to take over programming for WYEP. Although we are navigating a historically challenging time for media organizations, I am confident that Liz will be able to guide the station toward greater success in our efforts to serve music fans in southwestern Pennsylvania with music discovery and to help make the Pittsburgh region’s music ecosystem stronger and more vibrant.” 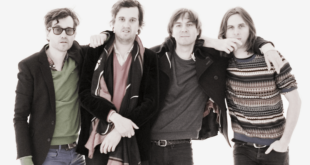