Tributes to the late Rita Houston continue to pour in. Definitely worth a listen are two specials produced by WFUV, and both re-air Sunday 1/3…

The late Rita Houston, who programmed iconic New York FM WFUV, was given a fine tribute Wednesday by The New York Times.

It’s a must-read for anyone who knew Rita.

The program originally aired Friday, but there is an encore presentation at 6 p.m. Eastern, on Sunday, January 3. Says FUV’s Delphine Blue: “It’s the ‘Whole Wide World’ of honoring a woman who was not only a DJ and the face of FUV, but its heart and soul.”

Following, at 9 p.m., WFUV will air a retrospective of just some of her work: Rita’s Words and Music.

The specials combine for some great radio. 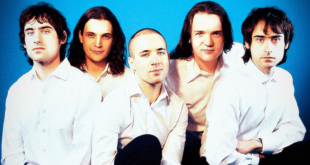