Entercom And Radio.Com Brands Sunset in Favor of Audacy

On an acquisition tear since 2017, Entercom re-launches the new collection of assets as Audacy…

Less than a year ago, in the early months of the pandemic, Entercom shares had sunk to 75 cents a piece.

Yes, the company was about to get clobbered as advertising evaporated. But considering the company’s assets, that price was ridiculously low, and we tried to tell you so.

In the past four years, Entercom has been working to re-invent itself. It first swallowed CBS Radio and then acquired two solid podcast companies – Pineapple Street Studios and Cadence 13. There were more deals, including a sports-betting app.

In business, there’s this cliché you hear that goes along the lines of “we’re rebuilding the airplane while it’s flying.” That’s pretty much what Entercom, iHeart, and, to a lesser extent, Cumulus have done by developing new digital audio product lines.

Entercom completes its rebuild by dropping its name, and the Radio.com digital brand, in favor of Audacy. Combining the 200+ radio stations with podcasts that include ESPN’s “30 for 30,” The New York Times’ “Still Processing,” “Pod Save America,” and multiple HBO-related titles, Audacy claims more than 170 million monthly users.

Audacy stock closed today at $5.08 per share. Not a bad year, with economic upside yet to come in the second half of 2o21.

Now, about that Alt radio format…

Previous Worth Watching – Inhaler, Lord Huron, Skullcrusher
Next NON-COMMvention Adds Tune-Yards and The Lone Bellow; Event to Be Free 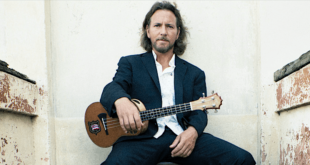 Nathaniel Rateliff and the Night Sweats take over at #1. Foos have the most spins. …