Labels, stations, and promoters believe they have insulted themselves against Payola charges. They remain exposed… 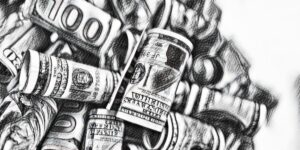 With a fresh article Billboard highlighting the worst-kept secret in radio — that pay-for-play is rampant throughout Triple A, Alternative, and other formats — pressure could soon mount for those dealing in the corrupt practice.

Elias Leight, the former Rolling Stone reporter who has been reporting on the industry’s pay-for-play habit, has written a new piece at his new home at Billboard.

In it, Leight gets stunningly granular, with more than a half-dozen label reps talking about the price tag for access to the public’s airwaves.

The article states, “…sources say a serious push at triple A can run $30,000 and up, while making an impact at alternative radio is likely going to cost at least $40,000, but could take more than $60,000. A campaign at active rock and adult top 40 will often set a record company back even more, these sources say, and if a label sets its sights on the top of the mainstream R&B/hip-hop or top 40 airplay charts, the budget is likely going to be six figures. A pair of promotion executives say that between 20% and 40% of this money, depending on the format, will go to independent promoters who control access to specific stations.

Shelling out for airplay ‘is the cost of doing business, says one promotion executive at an indie label.”

This is a lot of people talking, and many of those are indie label executives who are quietly gathering to fight the practice.

What’s interesting is that the who’s who of labels, executives, radio owners, and promoters engaging in the corruption is an open secret. It’s stunningly easy to identify who’s in on it — you don’t need to be an industry insider.

Those involved on both the label and radio side seem to think they they’ve insulated themselves from repercussions. Some are litigious, some use a shell game of moving money through consultants or entities, some fly programmers to industry events, and some just sense that regulators and law enforcement are indifferent.

Here’s why: There are multiple ways to kill the practice without getting someone on payola charges.

From a legal standpoint, proving payola is difficult considering the loopholes players are using. But there are other laws that could be used to end the practice. Sure, there’s racketeering, but again, maybe too blunt an instrument for pay-for play.

Opponents of pay for play have to cut the practice off at the supply side (labels) and not the demand side (radio), and there’s a fairly simple tactic to stop that movement of money.

As mentioned, pretty much everyone knows who is in the pay-for-play game. Included in this bunch are some surprising names, including several of the most cutting-edge indie labels.

Imagine a scenario whereby these labels were named in a restraint of trade filing related directly to pay-for-play.

What might the most beloved darlings of indie rock do when their names were dragged into such a filing? I imagine they would FLIP OUT.

I imagine that after flipping out, they would deny any knowledge of the practice and possibly terminate their contracts with their labels for besmirching their reputations. For label execs, destroying an artist’s reputation is known as a CLM — career limiting move.

Labels are playing a very dangerous game. It’s only a matter of time before somebody names names.