After 16 Years and More Than 6000 Shows, Undercurrents Radio Is Healthy As Ever 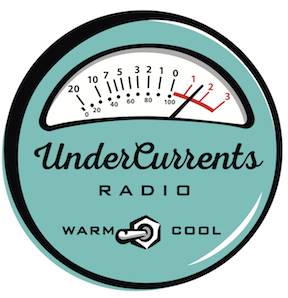 “We feel like we’re a best-kept secret,” said Gregg McVicar of Undercurrents, his four hour, 7-day a week radio show.

The eclectic Triple A program covers multiple genres, from Rock to Indigenous, and airs on 203 affiliates – many of those part of the Native Voice 1 (NV1) network.

“We’re not formulaic but we do have a workflow. Everything is hand-picked. We try to have at least two artists per hour who are tribally affiliated. A lot of times people won’t even know unless we point it out,” said McVicar.

Undercurrents‘ secret weapon is its ability to cover portions of the schedule of smaller stations with well-produced content, allowing them to deploy resources elsewhere.

“We have two target audiences, and they overlap a lot. Our purpose here is to serve Native stations, because they are small and under-resourced. So to be able to ‘turn on the tap’ every day and have strong programming available to them is going to help them a lot,” said McVicar, who is Tlingit, a tribe native to the Pacific Northwest, BC, and lower Alaska.

“When the pandemic hit, all these stations supported by volunteers went upside down and needed something to cover the schedule, so we gave the show away for free to help them get through.” He added, “You may remember that when KXT in Dallas started they had no staff, so they carried us for like 72 hours a week. So we like to think of ourselves as helping to make stations successful. We still have a great following there.”

“While 25-30% of our stations are Native stations, for a variety of reasons we broadened it out. One reason is that Native Americans live everywhere — most Native Americans live in cities and not on reservations. But we also wanted to be heard and be part of the conversation,” noting that just 2% of the U.S. population is indigenous.

Undercurrents is a lean operation and it’s a family affair. There are just two full-timers: Gregg and spouse Gabriela Castelán, who serves as executive producer. More recently their daughter Sierra has started picking up a few airshifts. Amazingly, after 16 years on the air, they only recently let the audience in on the fact that it’s a family business.

When asked about goals for the show, McVicar laughs, “The goal is surviving all the things that can happen to radio shows! I used to have a collection of posters of defunct radio shows. Big NPR shows that simply didn’t last. We just want to last.”

On the subject of sustainability, he gives this pro tip, “I like the Tesla model – they make a machine that makes a machine and they don’t have a ton of new models coming out all the time. They’re just making improvements, something like 17 improvements every week. I like that, so that’s what we’re trying to do – just keep making improvements that people may not notice individually. It’s not just addition, sometimes it’s subtraction — sometimes “the best part is no part” – when improving processes.

Tesla, when they started, they didn’t even make cars, they only made engines and they were dropping them into car bodies made by Lotus. So maybe what you’re doing best is actually just a part of somebody else’s big project.” 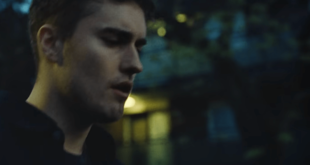