In June of 2021, Rich McLaughlin returned to WFUV as its new Program Director, taking the helm after the passing of his late mentor, Rita Houston.

Rich had previously worked at the station, notably leading the Alternate Side initiative. Achieving his undergrad and MBA at Fordham, Rich was lured back to the station from Amazon Music. His career also includes stints at iHeart Media and Sirius Satellite Radio. 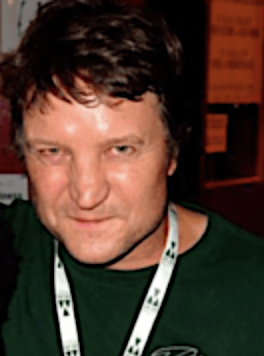 James started the year charting yet another track from Tame Impala’s 2020 release, The Slow Rush. He pivoted to successfully landing tracks from Jon Batiste and Kacey Musgraves – two artists that are not exactly slam dunks for the format.

While Triple A Radio fumbled gems from UK artists Sam Fender and Holly Humberstone, Evans and Interscope still managed to grab 9% of the airplay at Triple A – third most of any label.

Even prior to COVID, keeping stations viable and out of the hands of religious broadcasters (the only real buyers left) was a tall order.

With that in mind, it’s worth mentioning three stations, all with very different scenarios.

With the retirement of Sky Daniels, keeping the Los Angeles 88.5 simulcast together became a tenuous affair. The station actually posted an RFP, soliciting parties to take over the operation. Before any deal could go down, friend-of-the -format Pat Osburn (formerly KPRI/San Diego) stepped in to solidify the operation. The station ended the year with a .7 and its highest cume ever, at 158,000.

The story at Towson University’s WTMD is bittersweet. While the school successfully found a white knight in the form of new owner WYPR, the merger meant that excellent ‘TMD General Manager Scott Mullins was odd man out. Truly an unfortunate turn of events. Here’s hoping we haven’t lost his talents for long.

Lastly, kudos to Akron’s The Summit for its expansion into Athens, Ohio with the purchase of Class D translator W211BT, operating at 90.1 FM. It’s a minor purchase in the grand scheme, but we love to empire building attitude!

#15 All Roads Leading In and Out of Indy: Laura Duncan / WXRT and Lenny Diana / WTTS

In another big 2020 win for women in the format, long-time WTTS/Indianapolis programmer Laura Duncan jumped on I-65 north to Chicago to become Brand Manager at WXRT/Chicago.

The National move up to #14; Arlo Parks (pictured), New Pornographers, and Arcs debut in …