Triple A Radio Most Played Songs and Artists of 2022

Florence + the Machine had the most played song at Triple A Radio this year, as “My Love” edged out second place finisher, The Black Keys’ “Wild Child,” after all spins from all Mediabase monitored stations were added through December 31, 2022.

COIN delivers a #3 finish, with War on Drugs and Bob Moses wrapping up The Top 5.

In recent years, the lack of airplay for women artists has been at the center of the Triple A format conversation. In 2022 women fared slightly better than the two previous years, but progress remains incremental. In terms of the Top 22 songs, Florence Welch was most played, and Adele landed at #15. If  The Head and the Heart and Mt. Joy, both of whom have female members are added, just four of The Top 22 songs featured women.

Among the Next 22 songs, seven more artists made the cut: Rosa Linn, Mitski, Brandi Carlile, Sharon Van Etten, The Heavy Heavy, Maggie Rogers, and Måneskin. All told, 11 of the Top 44 songs were performed by or featured women — 25%.

This is nearly double the six artists in the Top 44 last year.

The support for women was markedly better on the public radio side of the panel, and we’ll examine this more in future posts.

The Most Played Songs at Triple A Radio in 2022: 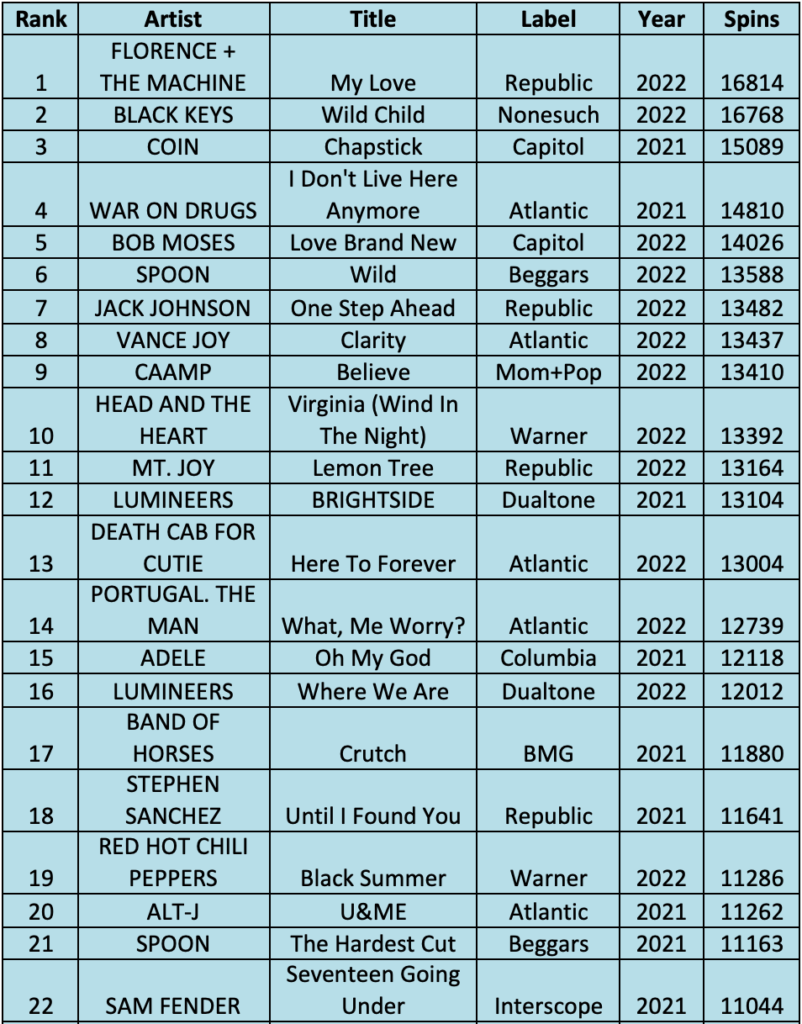 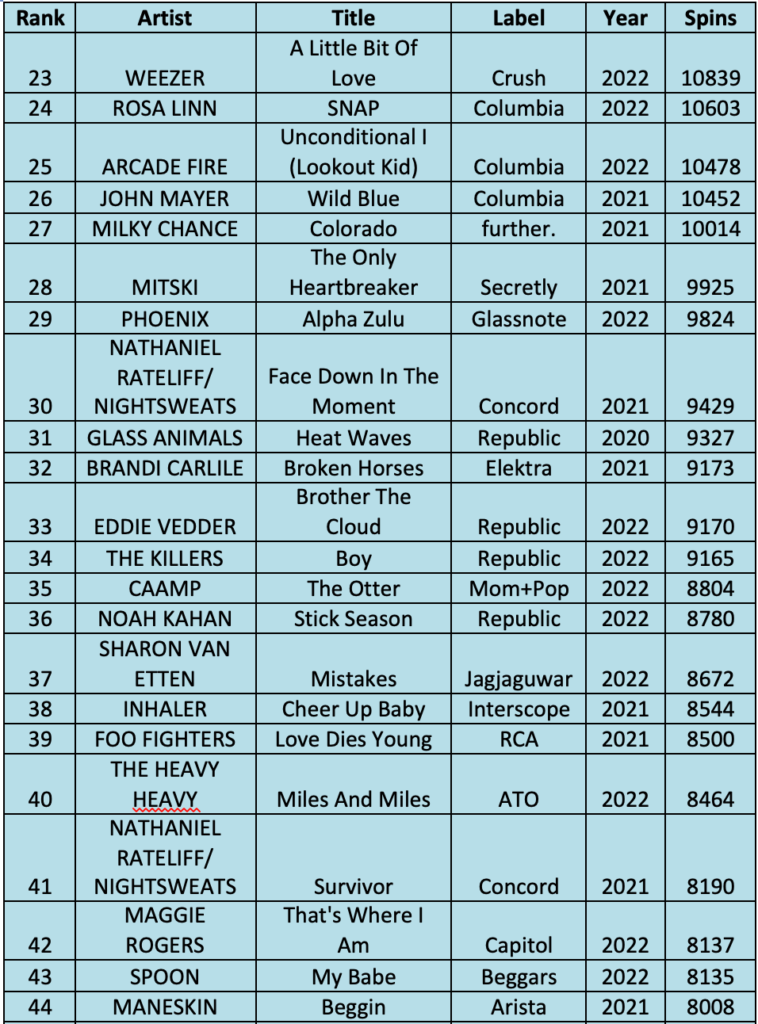 The Lumineers were tops overall in 2022, ahead of Spoon and Red Hot Chili Peppers.

Tracking women artists, when catalog spins are added, the number of artists led by or featuring women drops to seven, eight if Lumineers deep catalog is considered (Neyla Pekarek left the band in 2018). 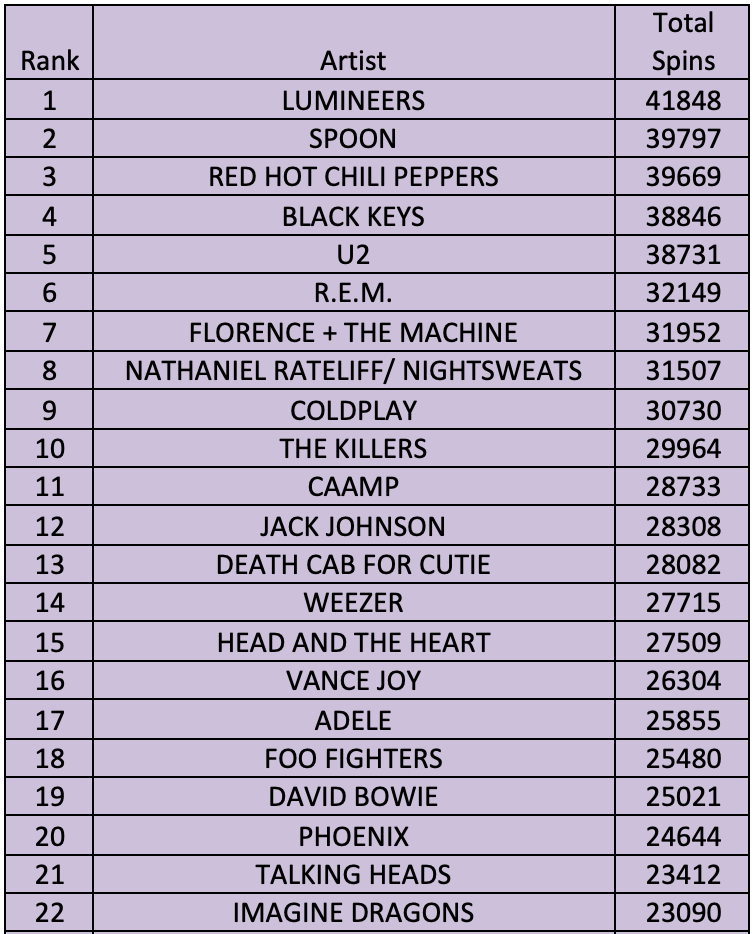 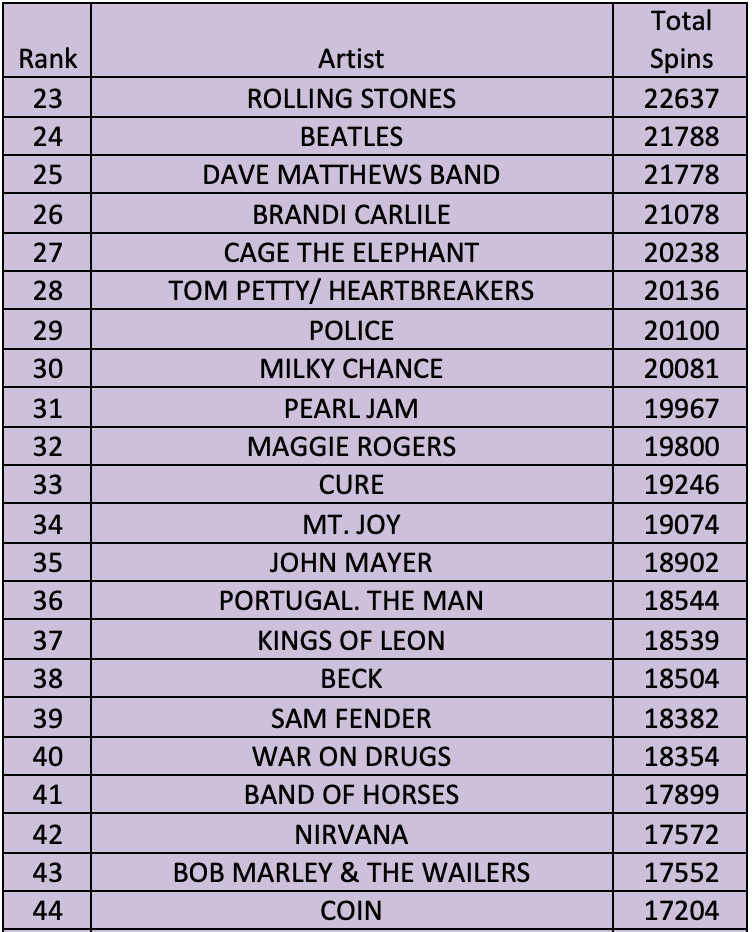